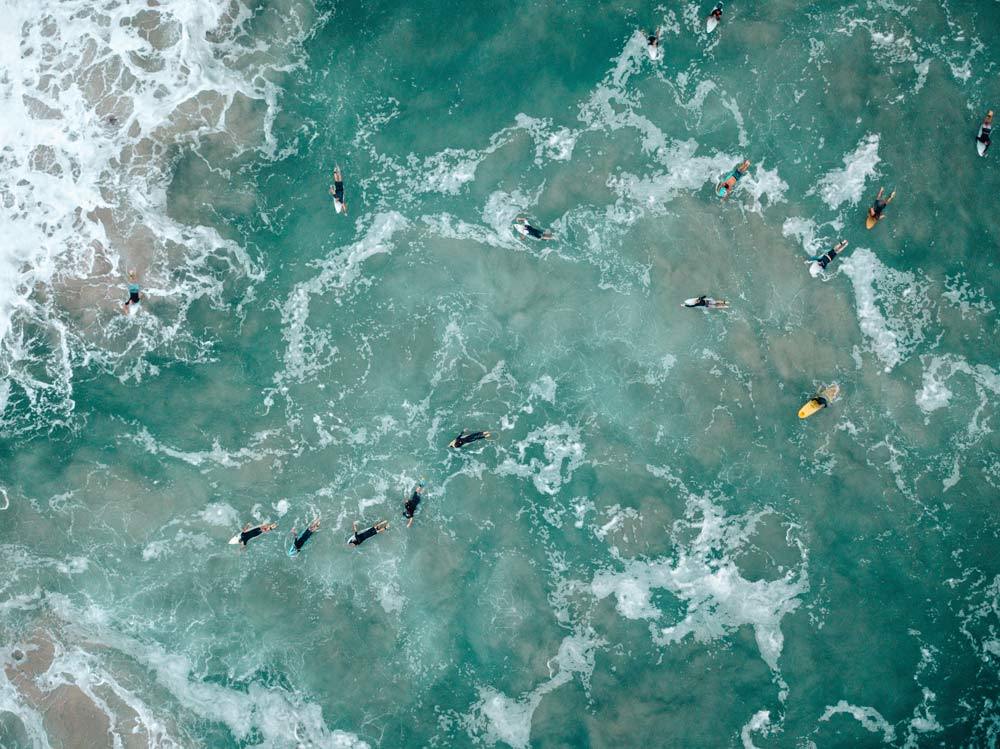 You probably already know that there are important rules in the lineup.  But, in case you are fuzzy on surf etiquette because your surf addiction is new or you haven’t been in the lineup for a while hopefully, this article serves as a helpful reference.

If you get confused, just remember there’s actually only one important rule = don’t be an a$$! A simple rule that applies to both, female and male surfers – so just to be clear.

Surf etiquette rules exist because waves are scarce resources and surfing can be dangerous.  And, in surfing as in life, if you waste precious resources or put other people at risk, you are guaranteed to piss somebody else off in the process.

There are many ways to be an a$$ in the water, but we all seem to see the same few ones repeating themselves. 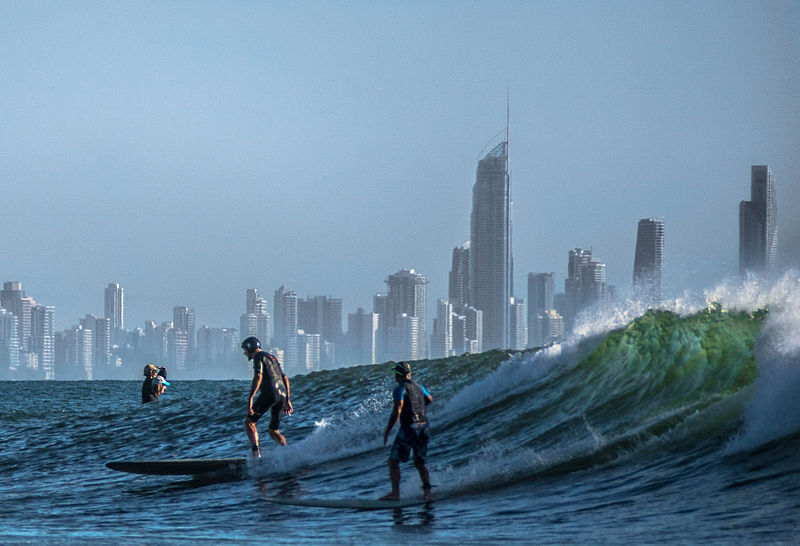 When somebody with priority is up and surfing, but you paddle into their wave and take off in front of them, then there’s a high chance you run into trouble real quick.  Making eye contact with someone who has priority, seeing them take off, and then still dropping in on them makes you a serious target and in some places, might get you a good ol’ beating.

When stroking into the wave, look over your shoulder towards the peak (where the wave is going to break first) to see what the wave is doing and if anybody closer to the peak has taken off and gotten to their feet already.  In the latter case, that person has “priority” ➔ don’t go.

If all you see is an explosion of whitewater, but you think you saw a surfer take off beforehand, use your judgment.  If you know someone rips and always makes it around that section, don’t go. Or, if you’re not sure and there’s space, go, but check back.  Exit gracefully if in fact there is someone behind you who has made the section. “Exit gracefully” means angle towards the shoulder and surf off the back of the wave.  That way you avoid a collision, leashes getting tangled up, and/or going over the falls with your head in the other surfer’s crotch, both of you getting gouged by boards, fins, and coral heads while you brace yourself for the confrontation that is inevitable upon sputtering up for air.

About Yesterday 🏄🏽☠🚁💥🤠 the Portuguese Pipeline was pumping all day long 💣💣 here @pedroboonman going right, @nunozmm making the jump and @maquinavoadora getting the angle from the sky… Epic Stuff 🚁🤘🏻 #ohavaiéaqui 😂

If somebody with priority is up and has outrun the curl a bit, leaving a little space between themselves and the whitewash, do not try to take off between them and the whitewash.  It’s rude and dangerous and nobody got time for this. The surfer with priority may be creating space for a cutback, in which case they would run right into you. The only exception MIGHT BE (this is where you need to utilize that judgment thing again) if you know the surfer up and riding is a beginner, cannot do a cutback, is about to ride off the back of the wave, and you have the space and skillset to avoid a collision.

Similarly, the only exception to the No-Drop-In rule MIGHT BE if the person with priority is someone you 100% know is a 100% beginner who is 100% only going straight towards the beach.

If a surfer with priority is up and surfing a wave that is coming towards you (whether you are paddling back to the peak or sitting on the inside), and you do not do everything you can to avoid getting in their way and messing up their wave – you suck.

Yes, this last scenario is less fun than just paddling over the unbroken part of the wave or channeling a sitting duck.  But it’s the perfect “golden rule” practice, a.k.a. Doing unto other surfers what you would have done unto you. Waiting for a wave and then, upon catching one, having to slalom around dozens of other surfers who can’t be bothered to move is frustrating and doesn’t allow the surfer to surf the wave as they would like for fear of hurting someone.  When in doubt, get out of the way. It’s ultimately safer and more fun for everyone.

This can get tricky at a busy break.  You are trying to get out of the way but there are legs and boards and leashes everywhere in your way.  Or there are a bunch of people paddling for a wave, and you don’t know who is going to catch it and therefore whose way you should get out of.  Just do the best you can to keep everyone safe. Oh, and see number #5.

When you repeatedly catch a wave, paddle straight back to the peak – past everyone else and take off on the very next decent wave then you’re for sure going to be the biggest a-hole in the water.

Share. The same principle you were taught in kindergarten, remember?

This doesn’t mean you have to wait for everybody in a crowded lineup to get another wave before you can take off again.  Give it a few waves. In a smaller crowd, there’s usually a rotation… so communicate, take turns, and make friends!

When you know you’ve done something dickish and don’t acknowledge & apologize for it, you’re the worst. SERIOUSLY THE WORST.

Though I’m being glib and facetious in compiling categories of surf faux pas, I’ve made all of the above mistakes.  Everybody messes up, especially when you’re just starting to surf. There’s so much going on in your head. Panic + excitement + deafening waves + things to remember + your body/board just doesn’t obey your brain + fear of messing up and looking stupid.  It’s totally understandable if you don’t realize you’ve messed up until it’s too late. Just apologize sincerely to whomever you’ve inadvertently been a dick to. It goes a LONG way. The other party has messed up before too. They will know you didn’t intend to get in their way, and will appreciate that you’re aware of the mistake and will try not to do it again.

That’s it!  Be safe! And most importantly, have fun out there!