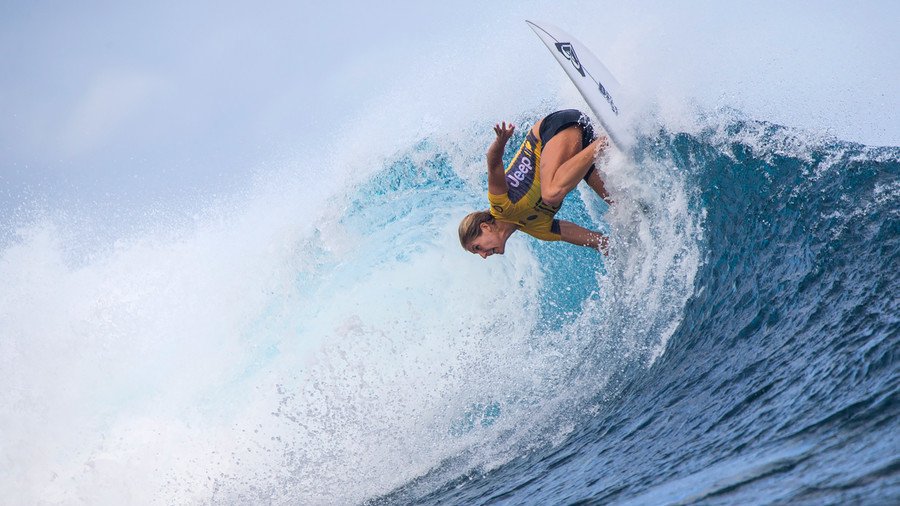 WTF Does “Equal by Nature” Mean?

In September 2018, the WSL announced that starting next year – 10 years after Conlogue won 10% of her male counterpart’s prize, all WSL-controlled surf events will pay equal prize money to male and female winners. The WSL lauded itself as the first US-based sports league to offer equal prize money, attributed the decision to its “commitment to gender equality,” and blasted social media with the slogan “Equal by Nature.”

Equal by Nature. From 2019, female and male athletes will receive equal prize money across all WSL controlled events. #CatchThisWave

My reaction?  “Great!!!” And, “About f&%*#ng time!” My Facebook bubble was obviously over the moon. Most pros – men and women alike were too, but of course, the decision also rubbed up some people the wrong way. One of the mags – and btw, not the one that owns a billboard near Kelly’s wave pool – barely bothered to disguise its disgust.

Interestingly, a (feminist) friend of mine was annoyed by the WSL decision, partly because he saw it as a token gesture. He thinks the real push should come from sponsors, the real money behind professional surfing.

In our discussion, we touched on all the main arguments commonly heard against equal pay in professional surfing:

At first, these seem like reasonable arguments worth entertaining on their merits. But, actually, they’re not. Going toe-to-toe in a debate about those 5 points totally ignores the context that made the WSL’s decision necessary in the first place. It also validates a male-centric worldview founded upon certain assumptions that combine to mislead us into a supposedly logical and natural conclusion. Namely, that those 5 factors mean the men “deserve” more pay… they’ve somehow earned it.

“In a landmark announcement on Wednesday, the World Surf League (@wsl) announced that in the 2019 season and beyond, the League will award equal prize money for men and women for all WSL-controlled events. According to a Wednesday press release, the move makes the WSL, the ‘first and only U.S.-based global sports league, and among the first internationally, to achieve prize money equality. The WSL is proud of its commitment to gender equality and proud to join other organizations beyond the world of sport reaching this important milestone,’ the release goes on. The move also comes as the League is embroiled in an ongoing push for equal pay at a Big Wave Tour event at Maverick’s. ‘This is a huge step forward in our long-planned strategy to elevate women’s surfing and we are thrilled to make this commitment as we reveal our new 2019 schedule. This is the latest in a series of actions the League has undertaken to showcase our female athletes, from competing on the same quality waves as the men, to better locations, and increased investment and support,’ said WSL CEO Sophie Goldschmidt in the release. ‘This change is simply the right thing to do for the WSL and we would like to thank the many advocates who have worked for decades to help advance women’s surfing. We want to be at the forefront of pushing for equality in all walks of life, starting on the waves, and we feel very lucky to have women on our tour who are highly talented, iconic role models, and more than deserve this recognition as they stand alongside our extraordinary male athletes.’” – The Inertia’s Dylan Heyden (@hey_dylan) Full story on theinertia.com 📷 @kc80 | @wsl #equalpay #equalbynature #surfsomething

The problem with that logic is: at this time, due to various historical and current realities, there is no way that the women could “earn” the right to the same prize money as the men. Girl groms historically have not had anywhere near the same surfing opportunities (financial, societal, familial support, competitions, access to waves, coaching, appropriate equipment) as boy groms.

The playing field is never going to be equal when John John Florence (the highest earning male pro) and the other highest-paid males each make more than 3 times what Steph Gilmore (the highest earning female pro surfer) gets from her sponsors.  My friend’s very valid issue with the WSL decision was that financial and other support needs to be equal from the moment little girls aspire to become pro surfers, as it’s too late to only claim equality once women manage to get into the highest levels of competition. But even as opportunities increase for the girls, they are also growing for the boys.

How are the girls going to close that gap?

Role models matter in sports, and groms are inspired by the surfers they see on billboards, in commercials, surf movies and competitions. Boy groms are advantaged because they also feel a kinship of possibility. As 99% of those role models have genitalia, haircuts, bodies that match theirs, landing that air or going pro seems a lot less far-fetched. When you don’t give girls opportunities, support, or role models, you’re going to get fewer female surfers.  Basic statistics dictate that you’ll also get less talent, style, variety, and progression within that even smaller pool of professional female surfers. Most surf comp viewers are surfers.

Ergo, most viewers are men who would rather watch surfers whose surfing they can relate and aspire to = the male pros.

So, how are the women supposed to “earn” more viewers?

If surfing in gnarly waves or dreamy conditions on the world’s best waves draw viewership, how are the women athletes going to “earn” more viewers when they do not get to compete in those conditions? The WSL is doing better: the women’s tour stops mostly mimic the men’s in 2019, and they have been sending the girls out in slightly better conditions at events… but we still have a long way to go.

So, if women have to “earn” the right to get paid the same, but are handicapped from doing so for the above reasons, does that mean they’re not inherently equal? Or is it that they’re equal but don’t deserve the same pay until they catch up?

Which begs the fundamental question: WTF does “Equal by Nature” mean??

Different iterations of this debate come up every single time the rights of a particular group are newly recognized, whether it be a gay man’s right to marry a man, a woman’s right to vote, or a black child’s right to go the same school as a white child. For me, the key phrase is newly recognized. As in, these rights were not newly created or granted. Instead, these rights had been denied to that group until society finally recognized the omission as an injustice that needed correction.

And denying rights for generations has consequences. You can’t correct centuries of curtailed opportunities, disenfranchisement, and discrimination overnight by merely allowing women to vote, black kids to go to the same schools, or women to earn the same amount of money as men (in any arena). Yeah, “Equal by Nature” sounds great. But the reality is more like: “Equal by Nature, Unequal Due to Historically Disparate Treatment.”

So, equality can’t really exist unless you create corollary systems to ameliorate the consequences of historical discrimination and level the playing field (even if artificially, at first). Examples include increased funding and affirmative action programs to help previously-marginalized groups to catch up. Laws against discriminating on the basis of sex, age, gender, sexual preference, and religion when hiring and promoting employees (yes, professional athletes are employees too!). And of course, there is the need for equal investments in women and men’s sports. These are necessary attempts to make up for historical stigma, and the time, knowledge, skill, and financial opportunities these groups unfairly missed out on before we, as a society, got our collective shit together and realized other humans should be included in that cozy circle of equal treatment and opportunity.

The exact same principle applies to the WSL’s commitment to equal pay, regardless of whether those 5 arguments against it are valid. Equal pay might seem unfair to the male surfers if considered out of context and just in this snapshot of time. It is, however, necessary if the WSL is going to pay more than lip service to its “commitment to gender equality.” The issues surrounding the audience, progression, and sponsorship in women’s surfing will not magically be solved by equal pay. However, it is the best the WSL can do, within its sphere of influence, to literally put its money where its mouth is and begin to right a historical wrong.

And, especially for all the female pros, and all the ones trying to be – it’s about damn time!

Dancing with Dave in Proximity. Us surfers are so busy trying to steal waves from each other but I think party waves is where it’s really at haha!! I truly love this clip @taylorsteele #DaveRastovich ✌🏼